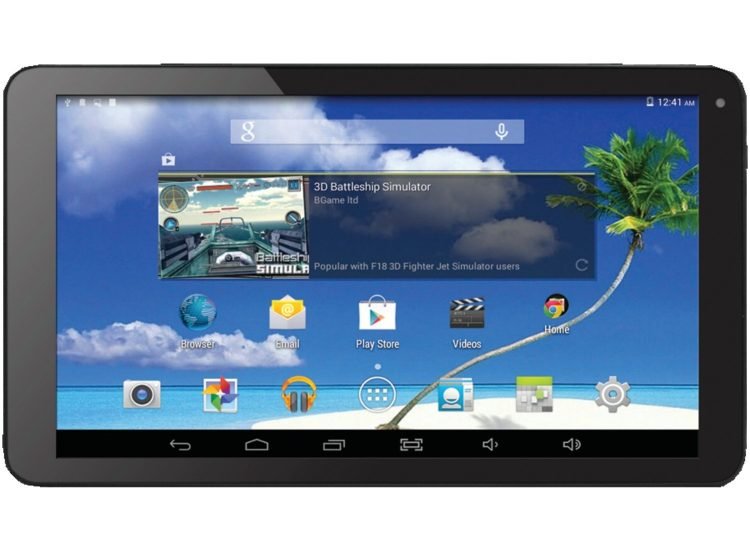 The Android tablets are upon us. There have been countless launches already and still more are scheduled to be launched this year along with intensive marketing efforts to compete with Apple’s already firmly established I Pad in its various versions. Following is a list of the Android tablets that we expect to be in the top ten of this year’s crop in terms of features and overall quality.

One of the most popular tablets has been significantly improved.  As seen in the picture, this is a dual purpose gadget that can be used both as tablet and as a laptop. It has a keyboard base that can be attached and detached from the actual tablet, which now houses the powerful Tetra 3 quad-core processor.

It has a 10.1-inch touch screen with dual cameras at 1.2 megapixels and 8 megapixels respectively. Other specs include 1 GB of RAM, up to 64 GB of SSD storage and a micro HDMI port. The flexibility of this device along with the fact that it uses Asus’ established Epee brand should ensure that it gets quite a few users. Up to 12 hours of battery life without the dock and 18 with the keyboard dock attached isn’t bad either.

The Galaxy Tab was one of the most talked-about tablets and it’s still popular for good reasons. It comes with a 10.1-inch TFT touch screen and runs Google’s tablet-specific Android 3 Honeycomb. It has two unusually capable cameras–one front cameras for video chatting (2 megapixels) and a rear camera with 8 megapixel resolution.

It has an attractive home screen and multiple widgets to customize the tablet’s looks and behavior. A Tetra 2 dual core processor with a 1.0 GHz clock speed has the interface and any apps running smoothly.

Amazon’s venture into the Android universe was well received. The Kindle Fire is a 7-inch tablet that runs a customized version of Android, which gives you easy access to the huge variety of different content on offer at Amazon.com.

For $199, it gives you a great deal of hardware for the money, including a dual-core 1 GHz Texas Instruments Cortex A 9 OM AP 4 processor and 8 gigs of built-in storage.

No other tablets with the same feature set can really compete with the price tag on the Kindle Fire, which makes it an excellent choice for those looking for a unit in the 7-inch form factor.

This is both a technological achievement and a tablet that will likely be very popular thanks to the marketing multi-venture of the three giants Motorola, Verizon and Google. It’s an excellent product with a high resolution screen, light weight, and physical-button-free design. It has also had the advantage of being first on the market with the Android version 3.0 Honeycomb OS, which is tailored specifically for tablets.

It has dual cameras–one front-facing for video chats and one at the back of the screen. The resolution is 1280×800 pixels with touch-screen capability. The usual hardware buttons have been replaced with soft-buttons and thanks to powerful hardware, 3 D games and other graphics-heavy apps will all run smoothly on the Zoom.

This android 3.0 Honeycomb tablet is designed for business users and the name Cisco will speak for itself. The global leader in communication and data infrastructure has teamed up with AT&T to bring this tablet to the corporate market.

Cisco has integrated lots of hardware for businesses who want their employees to stay connected, including not only Wi-Fi and Bluetooth, but also 3 G & 4 G capability. It has a smaller 7-inch W S VGA touch screen with video conferencing and Web Ex capability. The name is intended to be pronounced “See Us”.

That the Taiwanese smartphone manufacturer HTC would join the tablet rush was not the least bit unexpected. Flyer runs Android version 2.4 Gingerbread and comes with a 7-inch touch screen that brings the weight down to 14.82 ounces.

The screen resolution is 1024×600 pixels and it uses a single core 1.5 GHz processor, 32 GB of internal storage and 1 GB D DR 2 RAM. It supports HS D PA, Wi-Fi and Bluetooth. A USB connection is available and many media file formats are supported, making it suitable for watching movies and video chatting on the go.

The Dell Streak 7 is a nice and small tablet manufactured by Dell and based on Android version 2.2. It has a 7-inch screen with several specifically designed applications for multimedia and communication uses. It supports Adobe flash and comes with dual cameras. Another interesting feature is an entertainment app called “Stage” which is a one stop shop for various games and videos.

This is an interesting new product with excellent specs. An NVIDIA Tetra 2 processor powers Android 3.1 and a 10.1-inch touch sensitive screen with dual cameras, Wi-Fi, 2.5 G, 3 G and HS D PA capability. It is very lightweight at 771 grams and it looks very compact overall. A few proprietary features make it stand out in the crowd including media apps and Flash support.

The Notion Ink Adam is a high-end device with an NVIDIA dual core TETRA 250 processor. It promises lots of proprietary apps to sway the tablet buyer including a 3 D gaming experience and comic book reading. Adobe Air and Flash are supported. It has Wi-Fi, GPS, Bluetooth and 3G capabilities. One of the most appealing features is a Tran’s elective 10.1-inch display that lets you stop worrying about reflections.

Acer has developed this device based on Android Honeycomb 3.0. It is equipped with a 10.1-inch capacities touch screen and under the hood sits a powerful NV I D IA Tetra 2 processor. Other specs include dual cameras, Wi-Fi, Bluetooth, G SM and UM TS support and 1 GB of RAM.

On the whole a very neat-looking and capable gadget

Sony is expecting their upcoming Play station-certified tablets to take the world by storm and grab a major market share almost immediately, and they could be right. Targeting gamer with the established Play station brand is probably a great move and the tablets are likely to deliver on their promise of gaming capability. Moreover they come with Android 3.0, which should turn them into excellent multi-purpose gadgets.