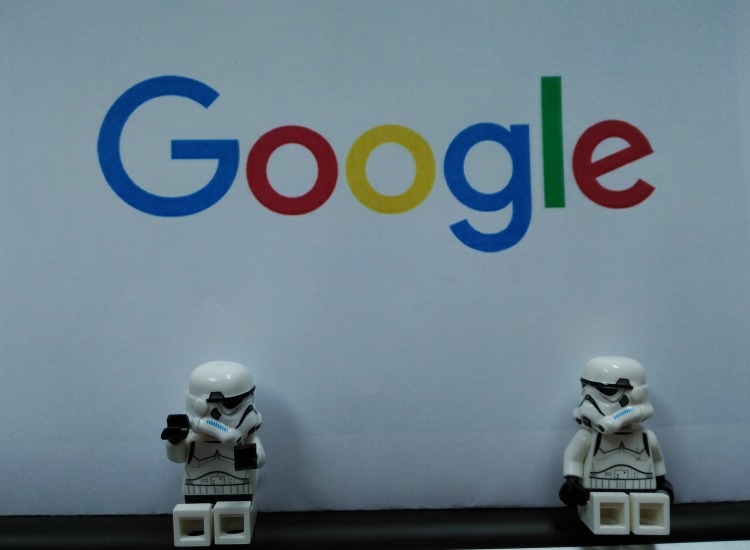 How is that going to be, will you ask?

Quite easily: One of our competitors obviously has some catching up to do when it comes to marketing automation. So the SEO / SEM people have looked at this agency, which is already quite well positioned.

For example, we! What she does now is to book advertising when someone searches for our company name. So if you enter our (old) company name (or Whelk Avon Brutes GmbH – or parts of it) popping around this ad agency with all the keywords marketing automation or lead generation on the Web.

That’s not possible, will you think. I thought so too. Intensive research has shown that Google allows it, as long as the name is not part of the Web impressions. So, if I want to prevent our competitor from appearing as an advertisement anywhere when entering OUR name, I just have to do one thing: provide more on my OWN name.

Of course, Google Logical that Google does not prohibit. After all, they are the only ones who have something of it when we enter into a bidding contest with our competitors.

A bidding contest for our own company name

That’s absurd! If you enter OUR name, I just have to do one thing: provide more on my OWN name. Logical that Google does not prohibit. After all, they are the only ones who have something of it when we enter into a bidding contest with our competitors.

Stop, stop, and stop! To sum up again: So if you invest 10, 20, 30, 40 years in building your brand, then it may be that a wealthy international corporation in Google offers your name and thus the advertising power over the result list for your name. So Google has the right of the fittest! Or one would have to say better: the right of the richer!

The fact that Google benefits from the fact that we have positioned ourselves well on certain market issues are actually a scandal.

What do the marketing consultants propagate (rightly so)?

You need to try to position yourself on market topics via content marketing (of course with the help of appropriate budgets for Google). If you succeed in doing so, however, a competitor could profit from it by simply bidding on your name. And here, I think,

The worst: I’m not the only one! Our SEO specialists have read that our competitor offers over 45 agency names including some of our successful and well-positioned partners. I would assume that an agency that offers web services has better opportunities to position itself.

Is everything that is allowed, honest?

We’ve seen whether BMW offers on Mercedes, Apple on Dell or Armani on Prada. Of course not! It would probably be synonymous, if that would come out! I talked to the manager of the competition agency. His comment: “Do it all!” In his defense, one has to say that he has offered to instruct his SEO people to take our name out of the optimization!

What does the BGH say?

It has been decided by the highest court that this type of bidding on company names is allowed as long as “the average user is not confused”. What that means, probably the BGH does not know exactly. The bottom line is that the burden of proof is shifted to the “damaged” company.

If the advertisement causes confusion, you have to complain!

I am really and honestly scared of what is obviously possible in the world of Google. A few months ago, I would have thought it impossible for Google to make money with my company name.